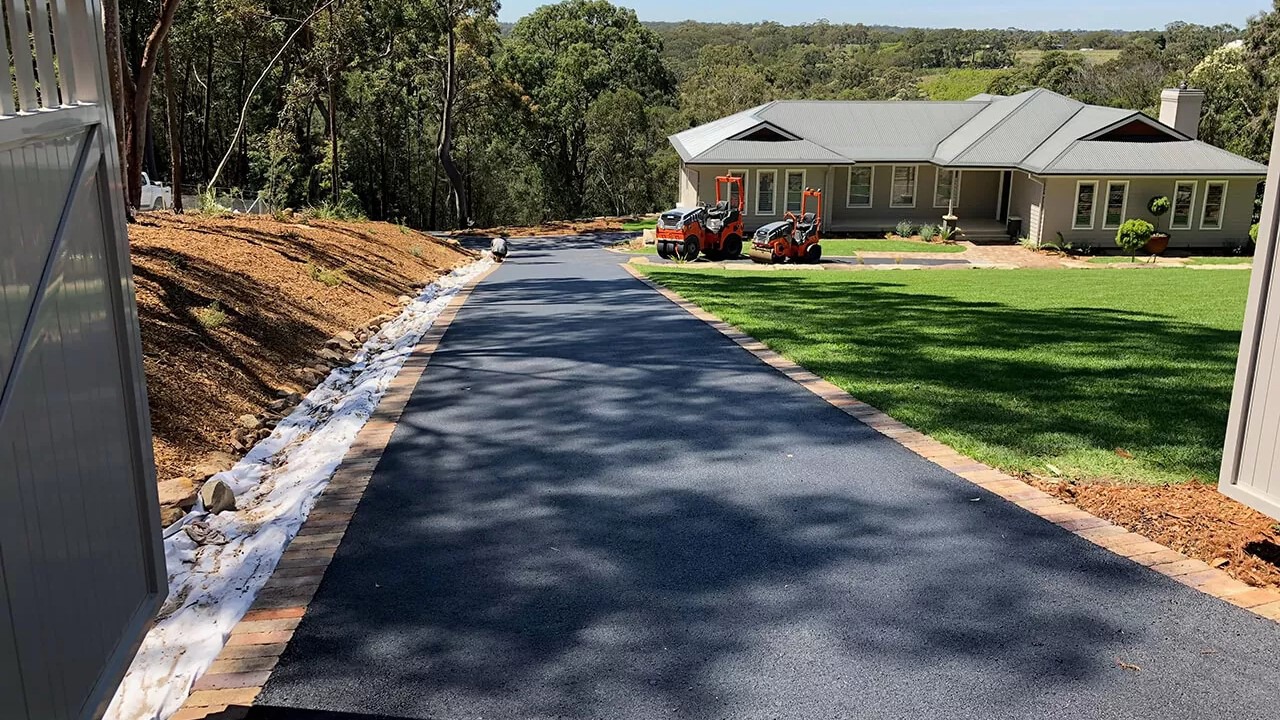 4 Reasons why not to DIY asphalt driveway

Let’s be honest, it’s not just that delicious smell of caramelised onions sizzling on top of a “snag” in bread that gets people in their door – It’s people’s love for trying to do things themselves to save a few dollars. The logic usually is, that they can spend more on the product and less on the labour.

But not every project at home should be a “Do it Yourself” kind of project. Asphalting your driveway is certainly one of the things you should never DIY.

Here are our top four reasons why you should not attempt to DIY an asphalt driveway:

Ravelling occurs when asphalt particles come loose from the surface due to uneven surfaces and the buildup of standing water. It is a result of the aggregate materials being displaced (such as gravel, sand and crushed stone).

Improper application of asphalt lessens the driveway’s ability to resist skidding, roughens the surface and exposes the underlying layers to further damage. As ravelling produces loose gravel, it means that it could potentially turn your driveway into a hazard; putting your little ones at risk, whenever they use the driveway for their bike riding or other activities!

These are low spots on the asphalt surface where water collects and forms potholes as a result of the foundation material’s insufficient ability to compress.

Ever heard of the saying, “fail to prepare, prepare to fail?”. This is a prime example – If you don’t do the right prep, there is a very high chance that this could be the result.

Depressions are low spots on the pavement that don’t go through the asphalt. They’re usually brought on by shoddy paving work that didn’t properly compress the soil. Water and debris that often gather in depressions might undermine the integrity of the asphalt surface if they are not removed right away.

This is a rise in your asphalt driveway caused by more moisture in the soil or water expansion. The earth beneath the impacted region expands, causing the asphalt to shift. This expansion is frequently caused by an increase in soil moisture or the expansion of frozen water.

Upheaval is a specific upward movement of your asphalt pavement caused by sub-grade swelling as a result of freezing or too much moisture.

One of the most prevalent problems with asphalt paving is potholes, particularly on old, thin pavements that have been completed by a DIYer and not an expert.

When water seeps into the earth beneath the pavement, it expands and contracts, which creates these pesty potholes. You will notice pieces of the driveway’s weaker pavement will deteriorate under the weight of your car as you travel over it, which in turn leads to the material breaking down and producing the pothole. When you have an expert install your asphalt driveway, you reduce the severity and likelihood of potholes.

Although the ability to save a few bucks initially might be tempting at first, you should still keep away from a driveway DIY.

It’s important to know that without the proper tools, equipment, knowledge and most of all, prep, there’s a high chance that those dollars you save initially by choosing to DIY, will end up costing you significantly more later on. Use an expert like C&D Asphalting and save yourself some cash and a headache.

C&D Asphalt is a professional asphalting company that offers all types of asphalting works from small driveways to residential roads.